Trans Women are Women: Removing bias from your HR strategy 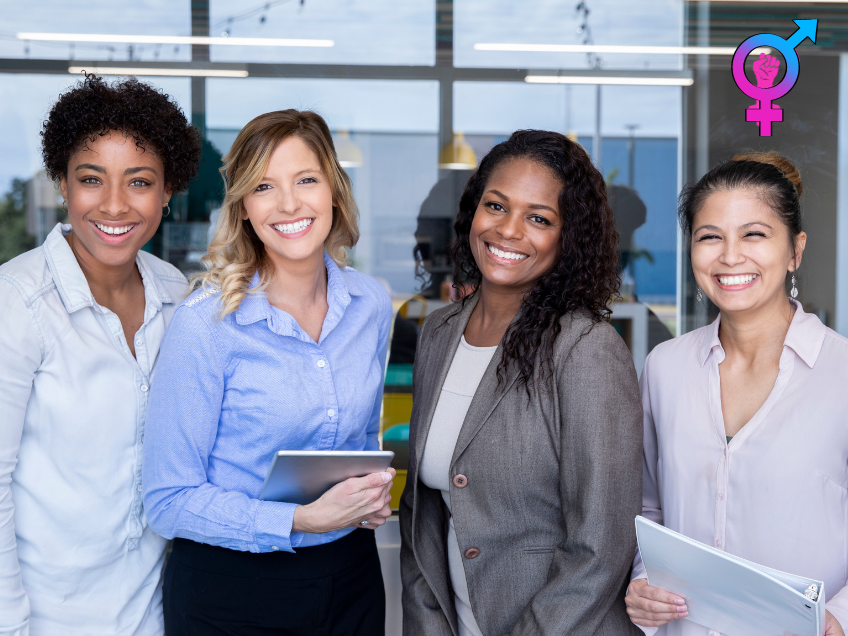 As Women’s HERstory Month ends, let’s reflect on what it means to be a woman. A woman, as defined by Oxford Learner’s Dictionary, is an adult female human; for which we must then look up ‘female’ and find the scientific meaning – a person who has two X chromosomes and reproductive organs that produce eggs. But where in that “definition” is the representation of the ability to identify as a woman? And why do we forget that gender is a social construct that has no place in civilized or professional society? Transgender women, a person(s) who identify as a woman, are women!

So why is it that, according to a U.S. Transgender Survey, 77% of trans candidates hid their gender identity or delayed gender transitions to avoid workplace mistreatment and missed opportunities? In another survey, 44% reported hiring discrimination based on their identity, siting transgender adults in general are twice as likely to be unemployed, and 50% faced harassment at work.

According to TechRepublic, a person transitioning to a woman will get an even shorter end of the stick. “Transgender men typically receive more respect on the job than when they were presenting as female, while transgender women often have to fight harder to get hired and be heard than when they were presenting as male—particularly in the male-dominated tech industry.” (A change in name on a resume seemed to be the ruling variable.) So, what are organizations really doing, or going to do, to ensure trans women are recognized in their inclusion efforts and treated with fairness in the workplace?

A McKinsey study showed that companies with gender [and ethnic] diversity on their executive board performed significantly better financially than companies without. However, while most employers have embraced this idea of inclusion, more often it is found that sexual-orientation diversity is more supported over gender identity. Here are some steps to actively build a more ALL women-empowering workforce.

Implement unconscious-bias practices:  Use an application system that removes a candidate’s name from the submission so that you may judge resumes based on merit and not the notion of someone’s gender.

Publicly assert your stance: If you are looking to expand your hiring diversity then share that in your hiring statements – include gender identity and assert your organization’s support for trans candidates.

Goal accountability: Your organization has identified a goal to recruit an increased percentage of women, including trans women, now stick to it. Identify what will happen if the goal isn’t accomplished. Keeping your leadership and recruitment staff accountable will push more towards success.

Partner with local groups: Engage in outreach efforts with local LGBTQI+ organizations that can help to provide you with access to more candidates. They have their own initiatives and goals that can assist you in reaching yours. Partnering with them will also help in building trust and a sense of belonging to the candidates that then become employees.

Once you’ve completed hiring the job is not done. You must continue the work to make sure there is a sense of belonging. Follow these steps to produce an equitable environment for ALL women.

Unconscious-bias training: No need to single anyone out, just ensure organization members are conscious of policies that protect ALL employees, current inclusive terminology and how to support people of different backgrounds.

Acknowledge preferred pronouns: Use an employee’s correct name and pronouns whenever identified. Many shrug off their mistakes when addressing someone incorrectly, but it is important to apologize and show that you understand, respect, and acknowledge who they are.

Provide resources: Make it clear that there is space for all. The workplace isn’t always an equitable or accepting place for women, so they all must stick together. Come together and create open spaces for one another, like dedicated ERGs (Employee Resource Groups). Create materials and groups that allow for trans women to feel welcome to share their experiences and like they can come to you for help. Resources can also include gender-neutral accessibility to bathrooms and dress codes, etc.

Evaluate pay gaps: Look at your promotion and salary practices, and evaluation tools to identify and address disparities.

Don’t alienate: Yes, we must recognize and celebrate everyone for who they are but at the end of the day trans women are just women. There is no need to call out a specific type of woman, making one feel inferior or superior to the other. Treat women how they want to be treated, period.

Given that there is an estimated one trans woman for every 30,000 people, employers cannot continue to ignore such a significant population of candidates.